Recently, I took the opportunity to make use of the HK Government’s “One-for-One Replacement” Scheme to scrap my existing 16-year-old car and hence get a substantial first registration tax concession by buying an Electric Vehicle (EV). As part of that journey, I had to get some car insurance and I thought you might be interested in my story.
Author Andy Yang
Date 2021-07-06
Updated on 2021-07-06
Menu
High Premium and Slow Quotation from Existing insurerFast Quotation but Unmeaningful Information required from bank’s online quoteAttractive and fast quote from car salesmanSome reflections
Menu
Share

I was happy with my existing insurer and am on the maximum 60% No Claim Discount (NCD), so I started off by asking them for a quotation.  That process took over a week and I sent a reminder email before they quoted about HK$6,400.  This felt expensive, as the previous car’s insurance cost was about HK$1,700.  I had expected the premium to be higher due to the difference in sum insured but this seemed a bit high.  Also on inspection, all of the excess limits had risen substantially.

So, I thought I should look elsewhere as a comparison.

I went to the website of my bank for a quote.

To begin with, the quotation system correctly identified the maker, model (EV), and manufacturing year.  But as I went through the system, they wanted the Vehicle Registration Number, which I did not have for a new car.  To get some help, I called the bank’s insurance provider and they said to click through anyway.

I duly followed their instructions and while it felt like the process failed on the website, I ended up getting a quote in my inbox.  The premium was HK$5,200 which was lower, and the excess limits were also much lower, so this looked pretty good.  The quotation was also provided in seconds, so that was a good customer experience.

I was ready to buy it and got my credit card ready.

As I clicked through, they then asked me for an Engine Number and a Chassis Number.  My salesperson had only given me a Chassis number, so I called the bank’s provider again to tell them I did not have the Engine number.  After being passed to a more senior person, I was very politely told that I needed both numbers to proceed.

So, I contacted my salesman.  And he equally politely told me that an EV has no Engine Number as it has electric motors!  This obviously did not make either the bank or their insurance provider look particularly good as I could not go ahead to buy the policy without a non-existent Engine Number.

I had originally avoided asking for a quote from the car salesman as that profession (fairly or not) generally does not have a great reputation.  I had thought they might try to rip me off.  But by this time, I was getting a bit fed up with the process and was also a bit short of time.  So, I asked him if he could get me a quote.  He came back within minutes with a figure of HK$4,200 and I decided to go with that.

If I had more time, I would have looked for an insurance broker or aggregator to get a few more quotes but overall, I am fine with the outcome.  The difference in prices is quite substantial.  The terms of cover (the excess) can also vary.

There is no harm in asking the car salesman to provide an insurance quote – it can always be rejected after some comparisons.

I wonder if Hong Kong insurers are ready for EVs – my previous insurer took quite some time to quote and higher excesses so I wondered if my proposal was one of the earliest that they may have worked on or whether they had encountered a large claim previously.  The online quotation system seemed to recognize the car I wanted to cover was an EV, but still required me to provide an Engine Number which was not actually available.

I hope the Hong Kong insurance market becomes more transparent, flexible, and quicker with its quotation systems, and that it adapts to upcoming changes (including climate change) in their relevant markets.

With over 30 years of work experience across 7 Asia-Pacific countries, Andy is an actuary who has worked primarily in the investment management and life insurance industries including Chief Investment Officer and Responsible Officer roles. He has had the good fortune to have had a broad range of roles that include pricing, retirement savings, modelling, performance analysis, risk management, portfolio management, M&A, hedging, ALM and product development.

Andy graduated from Macquarie University Sydney with a BEc (Hons). He was recently awarded a Distinguished Service Award by the Institute of Actuaries of Australia. 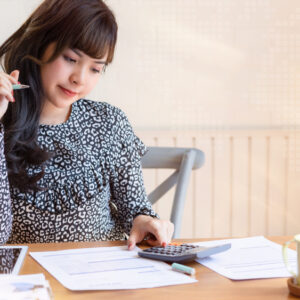 Savings Insurance - What is that? Will non-guaranteed benefits be exaggerated?